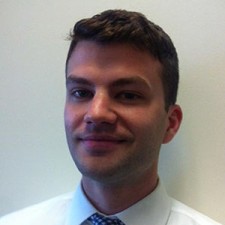 Tampa, FL, April 21, 2017 (Newswire.com) - Brian Dahlberg is a highly accomplished professional rugby player from Tampa, Florida. Unfortunately, in the last season, he suffered a major anterior cruciate ligament (ACL) injury during a practice session in Pinellas Park outside of Clearwater, and many thought his career was over. However, being dedicated to his profession and sport, he went through months of treatment and rehabilitation and is now making a comeback. In fact, next season, he will be able to play again.

"An ACL injury is one of the worst things that can happen to an athlete like myself," says Brian Dahlberg. "I must admit that the past year has been one of the darkest parts of my life, and that there were plenty of times when I was ready to give up. However, I kept telling myself that this is my life, this is what I enjoy, and that I wasn't ready to quit yet. With the help of a fantastic rehabilitation team — and quite a bit of blood, sweat, and tears on my part — I am ready to make my comeback."

"I didn't want to lose my overall fitness and condition, because I wanted to return to the game as soon as possible."

The ACL is one of the knee's most important ligaments, enabling it to move properly and absorb the shock of impact. Unfortunately, an ACL tear is incredibly common in professional athletes, and particularly with sports such as gymnastics, volleyball, downhill skiing, tennis, football, rugby, soccer, and basketball. This is because, as part of the sport, people have to make very sudden changes in direction, jumps, and stops.

In Brian Dahlberg's case, he was practicing for a big game in Clearwater when he felt a "pop" in his knee, which was also heard by his other teammates. His knee instantly swelled up and became completely unstable. For several weeks, Brian Dahlberg's knee could not bear any weight at all. Physiotherapist experts from around the Tampa area warned him that his injury was very severe, and that surgery was the only option.

Brian Dahlberg took no chances and immediately agreed to the surgery to replace the torn ligament. This was followed by several months of rehabilitation and rest, during which he had to learn how to regain strength in his knee again, and how to keep himself stable. Dahlberg says: "A few weeks after it all happened, I decided that I wasn't ready to give up yet. This gave me two challenges. Firstly, I needed to heal and make sure my knee would get back on track. Secondly, I didn't want to lose my overall fitness and condition, because I wanted to return to the game as soon as possible. To say the next few months were interesting — and hard — would be an understatement."

Dahlberg's rehabilitation team initially wanted him to take it easy. However, his determination continued to shine through, and he kept on exercising his other leg, abdominal area, core muscles, and arms, while at the same time resting and exercising his injured knee. He also started working on an idea to make sure his injury would not return, not just for himself but for his other teammates as well.

His physiotherapist says: "Brian Dahlberg told me that he didn't want anyone else to go through what he had gone through. He referred not just to the pain of the injury itself, but also the potential consequences of never being able to play again. So, as part of his rehabilitation, we started working on a training program that could be implemented in rugby teams across the world, in an effort to avoid such injuries."

Dahlberg hopes that he will be able to return to the sport as if nothing ever happened. He worked incredibly hard at staying in shape, and his knee feels stronger than it has in years. However, his greatest pride is in his new exercise program, which his own rugby team has already implemented. His coach says: "What Brian Dahlberg has gone through has been a blessing in disguise to a certain degree. Thanks to his studying and work, and the assistance of his physiotherapy and rehabilitation team, he has been able to develop a program that will, hopefully, prevent similar injuries from happening in the future. For this, we will always be grateful. But mostly, we are just incredibly happy to have him back on the team."

The long-anticipated comeback is due to happen over the next few weeks. The season is about to start again, after an exhibition match in Pinellas County followed by the tougher match the week after in Hillsborough County. Fans have also been very excited about the prospect of seeing Dahlberg return, and he has served as an inspiration to many who have believed that an injury would mean the end of their career.