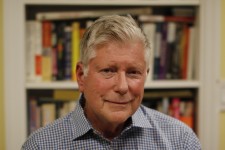 Bernardsville, NJ, January 13, 2017 (Newswire.com) - ​Dr. Richard Sostowski will resume practicing forensic psychiatry in 2017 after stepping away from his career for a brief period of time. Dr. Sostowski is widely considered one of the nation's best forensic psychiatrists and his return is big news for the industry.

Sometimes, legal cases present themselves in which it may be necessary to enlist the services of a forensic psychiatric expert. For attorneys, choosing one can be both frustrating and daunting, because the outcome of their case will often lie in their hands. Psychiatry continues to be a very poorly understood medical specialty, and this also makes it very difficult for legal experts to know how to recognize a good expert witness. Dr. Richard Sostowski, MD, is a highly respected and very well-known psychiatrist in the Greater New York City area, who has been involved in hundreds of different legal cases. He has compiled a wealth of information in an attempt to help lawyers and attorneys choose the right expert for their cases.

Dr. Sostowski recognizes that not every psychiatrist is a good expert witness, even if that person has outstanding research or clinical skills. Forensic psychiatry is a field in its own right, and one with which few psychiatrists are comfortable. In fact, many psychiatrists worry about receiving a disposition and having to go through courtroom cross-examinations.

An added difficulty is that the field of psychiatry is a science, but, according to many, not an exact science. This is demonstrated in the fact that any two psychiatrists can view the same case in wholly different ways. Because of this, the field has received a negative reputation, with some suggesting that forensic psychiatry expert witnesses are "quacks" or "hired guns". Dr. Sostowski, however, has spent many years reviewing the various reports submitted by noted forensic psychiatrists. His conclusion was that, while their opinions differed greatly, they were all very thoughtful and honest. Their opinions may be polar opposites, but this is, according to Sostowski, down to variable clinical skills and different theoretical approaches and schools of thought. It is not, in other words, unethical behavior.

Difficulty of Choosing a Forensic Psychiatrist

One element that worries Dr. Richard Sostowski is that, while it is acknowledged that finding a forensic expert is incredibly complex, many still leave it to paralegals or associates. They find an "expert" by looking online and making some telephone calls. They then take the resume of their chosen options to the partner, including a fee schedule. This is not sufficient to determine whether or not the forensic psychiatrist is actually suitable to be an expert witness. Yet, according to Sostowski, even junior staff should be able to choose the right expert by asking a number of key questions. And since the outcome of a case can hinge on the testimony of the forensic psychiatrist, getting it right is vital.

Recommendations on How to Find an Expert

Dr. Sostowski's first recommendation is to always trust your instincts when trying to find an expert. As a psychiatrist himself, he understands emotional reactions like no one else, and he feels an emotional reaction is one to which you should listen. An initial meeting, be that face to face or not, brings about a reaction based on various clues about the other person. These clues include obvious visual ones, like how someone talks, walks, and looks. However, other clues are far more subconscious, something that psychiatrists are very much aware of. In fact, they often use it in their favor. Dr. Sostowski says that when the reaction is particularly powerful, be that positive or negative, it should be listened to.

Dr. Sostowski also recommends that people speak to a potential expert witness on the telephone first. Research has demonstrated that humans are more capable of spotting a lie when they listen to someone on the phone, rather than seeing them first to face. It is believed that facial expressions and body language distract from what is actually being said.

He also recommends that those searching for an expert ask any question they feel interesting, and to stop thinking that some questions are "stupid". Through his own research, he has noted that those who are still learning ask far better questions than those who have completed their education. This is because when people don't know much yet, they don't have any prejudices or preconceived ideas yet either.

Last but not least, Dr. Richard Sostowski says that it is vital to remember who is hiring who. If an expert comes across as rude, he or she should be dismissed straight away. He also reminds people that it is known that both attorneys and physicians have certain psychiatric dysfunctions themselves. This is due to the intensive and difficult nature of their job. This can influence how an expert is chosen, so it is important to be aware of your own potential biases.