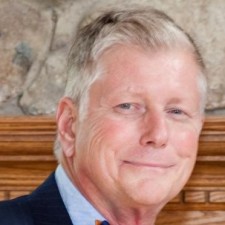 Bernardsville, NJ, March 1, 2017 (Newswire.com) - Richard Sostowski has announced that he is now a psychiatric consultant at Sunrise House, which is a drug and alcohol rehabilitation center in Lafayette, NJ. In his new position, he has pointed out that he has found that at least 50% of the patient population is what psychiatrists refer to as "dual diagnosis" patients. This means that the patient not only has a problem with addiction, but also has a psychiatric disorder.

Sostowski says: "Dual diagnosis patients are common. The most common diagnoses are anxiety disorders and depression. However, I have also come across patients suffering from schizophrenia and bipolar disorder."

"Time and again, I see patients who have a substance abuse disorder and who have suffered from an underlying mental illness for many years,"

Richard Sostowski is one of the nation's top forensic psychiatrists. He has only recently started practicing again, after taking a brief career break for personal reasons. A highly sought after psychiatrist who has been recognized for his tremendous work in legal cases, Sunrise House was very happy to add him to their staff.

A dual diagnosis, or co-occurring disorder, describes a person who suffers from a psychiatric disorder, while also abusing drugs or alcohol. This means that there are two different illnesses, and both require treatment. What research has shown is that both illnesses can be treated.

It is a known fact that may people self medicate, particularly if they have mood disorders. It enables them to mask their underlying symptoms. For instance, when people suffer from bipolar disorder and their mind races during a period of mania, they often find that drinking alcohol slows down their thinking. Similarly, those who suffer from extreme depression may take mood altering drugs in order to feel happy.

Research has shown that self medicating ends up making things worse. People need to take increasing amounts of their chosen substance in order to feel "normal", quickly leading to dependency and, eventually, addiction. This, in turn, causes many mood disorders to go undiagnosed for a very long period of time.

"Time and again, I see patients who have a substance abuse disorder and who have suffered from an underlying mental illness for many years," adds Dr. Sostowski. "When they are diagnosed, it often is like a light bulb moment for them, and for their families as well. They finally gain an understanding of the behaviors that have been exhibited for so long, sometimes even before people turned to substances, if the mental illness came first."