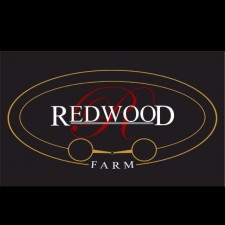 Hudson, FL, February 24, 2017 (Newswire.com) - ​Redwood Farm Horse Farm is a famous horse farm that offers boarding, jumps, and training for horses. They also bring in top horses from all over the world. The farm is also home to industry leading trainers, who dedicate their lives to helping with the horses. Horses have played a very significant part in the history of mankind, and this is something Redwood Farm Horse Farm aims to show appreciation for.

Taking Care of Horses at the Farm

Those visiting Redwood Farm will instantly see the love and appreciation everybody there has for this majestic animal. Since the horse became domesticated, it quickly became clear to people that they are incredibly sensitive animals, with real personalities. Some suggest that they are, in terms of their minds, a combination of elephants (for their tremendous memory), cats (for their independent minds), and dogs (for their unquestioning loyalty). The professionals at Redwood Farm celebrate this, and ensure that the trust a horse has placed in them is always rewarded, says Jeremiah Freeburg, founder of Redwood Farm.

The original horse of our country is, of course, the mustang. In fact, some continue to live in the wild today. What few people know, however, is that the mustang was actually brought to our country by the Spanish Conquistadors. Some, however, escaped, or were otherwise set free, and those became the mustangs we know today, loved and respected all over the world.

"The Native Americans soon used these beasts for transportation. Pioneers liked these horses because they have fantastic stamina and speed. Plus, their stockier legs make them less prone to injury, making them ideal for long journeys."

Whenever a mustang comes to Redwood Farm, the workers there feel as if they are handling a little piece of American history, and one to be very proud of. At the same time, they also work with Arabian horses, which are widely accepted to be the fastest and most beautiful horses of all, as well as the most intelligent.

"The original purpose of the Arabian was as a desert warhorse. While camels provided meat, milk, leather, and transport for the desert peoples, horses were much faster and more maneuverable. This made them ideal for the type of surprise raids that were the hallmark of Bedouin warfare."

The Arabian horse is often used in shows, including Civil War commemoration shows, and Redwood Farm has been involved in the training of many of these animals. Interestingly, they have also been involved in recreating scenes of the story of Hidalgo, the classic story where the American mustang is pitted against the Arabian in a desert climate. Whether this story is 100% true remains a topic of hot debate, but it is certainly true that Hidalgo took part in so called historical long rides.

"The guild naturally found the name Frank Hopkins, because various accounts, from his own biography to newspaper and magazine articles, claimed he had won 400 endurance races across the United States and also the legendary ride in Arabia, and that these achievements led Buffalo Bill Cody to hire him to ride with the Wild West Show."

That being said, Redwood Farm Horse Farm does not focus solely on training horses for shows, nor do they work exclusively with pedigree breeds. Their goal, says Jeremiah Freeburg, the founder, is simply to make sure all horses are looked after properly, and are trained to reach their full potential, so that horse and rider can enjoy their time together. It is said that the bond between a rider and their horse is a unique bond of extreme trust and faith in each other, and this is what Redwood Farm aims to build on.