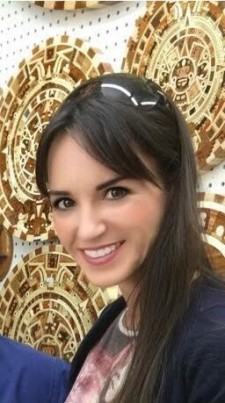 Palm Beach County, FL, February 24, 2017 (Newswire.com) - ​Elena Richart is a world famous horse rider from Barcelona, Spain, and is registered with the Grand Prix Professional organization. From her hometown of Barcelona, she runs a business of selling and training horses. She also works for a stable, where she assists others in training their horses. Next month, she will start the next round of competition and she feels confident in her ability through her extensive experience in riding and training in both Europe and Mexico.

What Is the Grand Prix Professional?

The Grand Prix Professional focuses on dressage. It is an English equestrian event, during which time professional riders do not only demonstrate their dressage skills, but also jumping, equitation, hunting, and eventing. However, the main focus is on dressage, which is what Elena Richart focuses on as well.

Globally, horse shows almost always include a dressage element, even at the Olympics. There are many shows, including those that Richart has participated in, that are limited to dressage. Because Richart rides internationally, she is governed by the FEI (Federation Equestre Internationale, or International Federation for Equestrian Sports).

As an equestrian sport defined by the International Equestrian Federation, dressage is "the highest expression of horse training" where "horse and rider are expected to perform from memory a series of predetermined movements.

This is different than show jumping, which is a specific part of horse riding. In it, riders encourage their horses to jump across a set of different obstacles, focusing both on distance and height, following a set route. Points are deducted when the horse touches a bar, drops a bar, or refuses a jump, and they are added for completion time. In the next round, the bars are raised, making the entire course more difficult to complete. Training a horse to be a good jumper takes a lot of skill and experience, something that Richart brings to the stables she works for.

Of particular significance is knowing which horses to use for which event. Jumping requires particular strengths and skills, which not all horses possess. Additionally, because the obstacles on a show jumping course can get very high, horses need to be very tall, with limb legs that they can easily fold under their body, in order to make it across. At the same time, they have to be very fast and nimble, turning around tight corners as quickly as possible.

Dressage requires a horse that is intelligent and able to recall many of the commands given to it. Warmbloods, Thoroughbreds, Lipizzaners, Andalusians and lusitanos are favored breeds for top dressage horses. Lipizzaners are particularly well known as dressage horses, these pure white stallions have been dressage horses of choice for centuries.

Naturally, a horse will only ever be as good as its rider. Should the horse be left to its own devices, it would not only not follow the designated route, it would also blatantly refuse to take any of the obstacles, simply strolling around them instead. As such, Richart trains not just horses, she trains their riders as well. That said, she does have recommendations in terms of which breeds of horses are the best for jumping, with her top 5 being:

The Andalusian, also known as the Pure Spanish Horse or PRE (Pura Raza Española), is a horse breed from the Iberian Peninsula where its ancestors have lived for thousands of years. The Andalusian has been recognized as an individual breed since the 15th century, and its conformation has changed very little over the centuries. Throughout its history, it has been known for its prowess as a war horse and was prized by the nobility. The breed was used as a tool of diplomacy by the Spanish government, and kings across Europe rode and owned Spanish horses. During the 19th century, warfare, disease and crossbreeding reduced herd numbers dramatically, and despite some recovery in the late 19th century, the trend continued into the early 20th century. Exports of Andalusians from Spain were restricted until the 1960s, but the breed has since spread throughout the world, despite their low population. In 2010, there were more than 185,000 registered Andalusians worldwide.

Warmbloods are a group of middle-weight horse types and breeds primarily originating in Europe and registered with organizations that are characterized by open studbook policy, studbook selection, and the aim of breeding for equestrian sport.

The Thoroughbred, which is most commonly used for racing. They are tall and fast horses, while also being agile and having excellent endurance. The Thoroughbred originates from England, where native mares and Arabian stallions were crossbred.

The Quarter Horse, which is a sturdy, solidly built horse. These friendly giants are perfect for those just starting in show jumping, because they are so eager to please. They are considered to be the Labradors of the horse world, and this is also why they are commonly seen as police horses and at pleasure events and rodeos. The American Quarter Horse is quite tall (between 14 and 16 hand), but not tall enough for international professional competitions. However, for Richart, this is the perfect breed of horse to train the rider.

The Arabian, which is arguably the most beautiful horse on the planet. It is thin and small, but so incredibly agile and energetic, that it can easily make a jump. The Arabian breed has existed for at least 5,000 years, and its pedigree has been carefully maintained throughout that time. Interestingly, Arabian stallions have always only been for stud, whereas the mares become the working horses.