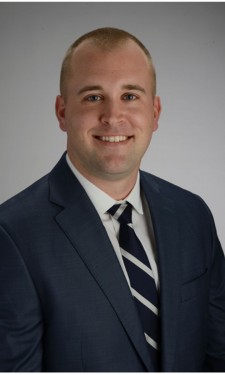 Philadelphia, PA, March 13, 2017 (Newswire.com) - Suboxone is a prescription medication that has been approved by the U.S. Food and Drug Administration (FDA) for the treatment of people with opioid addiction. It is an incredibly powerful drug that helps people manage the withdrawal symptoms of their underlying addiction. Suboxone is not without its controversies, however. Because it is so powerful, it has at times been prescribed for too long, leading to the development of a new addiction. Additionally, it is quickly becoming one of this country's most prescribed drugs.

"One addiction may be traded for another as the FDA-approved opiate addiction treatment Suboxone is becoming one of the most prescribed medications in the country (#41 overall in sales in 2009 according to drugs.com)."

"We're abstinence-based. Our success is getting to the underlying issues and we can't get to those when they're under the influence of a narcotic or other medications."

When controversies start to appear about certain drugs, it is not uncommon for practicing physicians to start shying away from them, as they do not want to tarnish their reputation should something happen to one of their patients. However,Dr. Jogerst is a Suboxone prescriber who believes that as maintenance treatment, Suboxone is underutilized. Dr. James Jogerst noted that "many addiction specialists still believe that opiate addiction is a moral failing rather than the brain disease that it is."

It seems that the majority of addiction specialists agree that Suboxone has a very important part to play in the treatment of addiction. However, most feel that this part is a temporary, and very short term one. They often refuse to see the potential benefits of using the drug as a maintenance treatment, mainly due to its potency and addictive effects. In fact, recent research focused on the reasons provided by physicians against maintenance treatment with the drug.

"We're abstinence-based. Our success is getting to the underlying issues and we can't get to those when they're under the influence of a narcotic or other medications."

Australian Study on Positive Outcomes from Use of Suboxone for Maintenance

Of particular interest is a rarely cited study completed in Australia, through which it was unequivocally demonstrated that the outcomes of long term maintenance Suboxone treatment were far more positive than for those who did not receive maintenance treatment.

"At 1 year, there were impressive reductions in drug use, criminality, psychopathology and injection-related health problems following treatment exposure. The positive findings were associated with a greater "dose" of treatment, and with more treatment stability over the follow-up period."

The study was significant and reviewed a wide variety of patients from a range of demographics. Consistently, those who received Suboxone maintenance treatment instead of having to be completely clean on leaving their rehab facility, fared better overall after one year. Dr. Jogerst agrees with these findings, and others supporting similar conclusions. In his view, addiction is a disease of the brain, and it has to be treated as such. Medications for other diseases, such as cancer, have tremendous negative side effects and can be equally addictive, yet nobody avoids those drugs because it is clear that they are life savers. For Dr. James Jogerst and his followers, however, Suboxone is equally important in terms of being a lifesaver.

The benefits of Suboxone are undeniable.

"Buprenorphine is considered a "partial opioid agonist," meaning that it produces a milder form of the effects produced by opioids (which are "full opioid agonists"). It essentially fills the brain's opioids receptors without producing the same high as full opioids. One of the advantages of using Suboxone is that it cannot be taken to achieve a full opioid effect, making it more difficult to abuse than other forms of medication-assisted treatment, such as methadone."

Dr. James Jogerst hopes that his expertise will help convince others of the fact that Suboxone is a proper type of medication in the treatment of addictions, and that it should be offered as maintenance treatment as well.